Secure your place in our free webinar on [topic] and learn to achieve [outcome].

I'm race sailing on a 50ft carbon fibre racing yacht called Cyclone and it's the final race of the Winter Series. There are 15 amateur crew aboard and I am given the position of trimming the headsail.

A place I really love to be, as the headsail gives the boat lift and can be the main power driver for the boat at critical times.

It's also a high action, adrenalin position because you are most active during tacking (changing direction), and if you stuff it up, you can stop the boat and be dead in the water.

If you know me, you know why I love this place of pressure!

But something happened that taught me a BIG lesson about my personal brand... 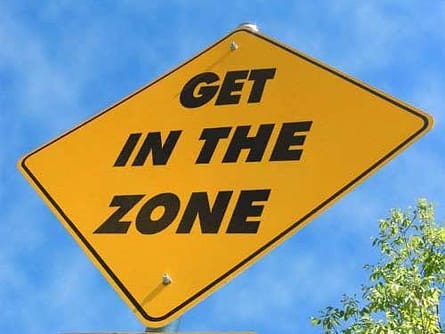 I knew we were winning the series, but the format for the day was really short 'legs' where the other, smaller boats could easily win, based on handicap the odds were not, as they say, in our favour.

Given my position on the boat for the final racing, there was a keen sense of “I better not stuff this up!”

For the opening race of 6, I'm excited, hyped and nervous...Although I had trimmed loads of times on other boats, I had only ever done it once before on Cyclone, and every boat is different even though the mechanics of the activity are the same.

I also know we really want to win the series. The pressure is on and I am trying to handle it as best I can.

Race one begins and I stuff up.

It gets especially interesting when we hoist the spinnaker, going around the first mark (the big colourful handkerchief that floats out in front of the boat when you travel downwind), mostly because, I had never trimmed a spinnaker before in my life! 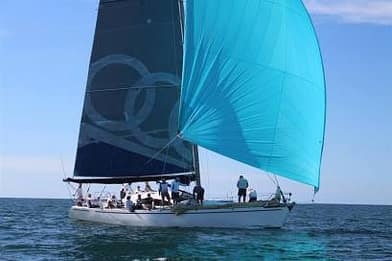 This is a sail which is tissue thin and huge, so there is plenty that can go wrong. It can twist into a wine glass shape when hoisting and within seconds of a wind shift or wave, it can collapse in on itself.

Then rather than the big bulbous shape you really want where the wind fills it to give you maximum speed, it crumples into nothing and you can even drop it in the water and drag it behind you, turning the light tissue handkerchief into a lead weight.

And that is exactly what happened.

There is, as usual on racing boats, lots of shouting, from all areas of the boat but mostly from the skipper, and plenty headed the way of the trimmers (there are two on board to handle the tacking from one side to the other).

The other trimmer is pretty hungover and I am far too nervous and we are both coping an earful.

They have this awesome saying on board this particular yacht though, that if you've made a mistake, it's in the past, just focus on the present.

You never take offence while racing, you just get on with it, with the expectation that you learn and get better next time.

The oddest thing is that at the start I give myself a hard time as well, knowing I can do much better and I say sorry lots - which doesn't really need saying on Cyclone, because of the culture they are nurturing on board - trading jokes, insults, praise and instructions all in equal measure.

In the days leading up to the race, I had been in a conference with Jack Delosa and the incredible entourage team sharing entrepreneurial mindset shifts and giving us huge action steps, and had two awesome days at a retreat on Coochie Mudlo Island with Pitbull mindset mentor Marguerita Vorobioff.

This made me excited for what I was achieving in my brand and my self development and had shifted some really horrible negative shit from the past, restoring incredible balance. patience and calm.

Throwing myself from an environment of reflection and self development into high-speed action on the sea was always going to be interesting.

My newly established mindset was telling me to trust my instinct, and that I wouldn’t have been put in the trimmers position if the team didn’t have the confidence I could do it.

This was the finals for Christ-sake, someone obviously had faith in me, even if I didn’t. Thankfully we had 6 races and there was plenty of improvement to be had.

And improve we did.

One of the things I really noticed was the more we raced, the calmer I got. The calmer I got, the better I performed. I am still moving at pace, but now it am thoughtful, mindful, purposeful.

A long time ago, my amazing golf coach Kevin Smith asked a vital question. Where, on an emotional scale of 1 to 10, do you perform the best?

1 being basically snoozing, 10 on high-alert.

Based on my personality and approach to life (all or nothing) I assumed I perform best at around an 8 or even 9.

Oddly enough, it’s the exact opposite. I perform at optimum around a 4, maximum 5. Caring enough about the outcome, but also being present and composed. Not quite cruising but enjoying myself, feeling confident, relaxed and comfortable.

It's the final race and we win the day, we have crossed the line first a couple of times and we take out the series to huge cheers of joy, lots of back slapping and of course, cold beer.

I just know that each time I see that big blue kite flying, with belly-full of wind, or setting the jib so quickly on a tack, that the skipper had all the power he needed to do what he wanted, I am genuinely proud and give myself a mental pat on the back.

Each time I stuff up, I take a deep breath, ask more questions and learn from my mistakes.

The moral of the story is that throwing yourself into new situations and challenging yourself shouldn’t be scary.

More often than not, others believe you can do it, so you should too.

You need to be excited but more importantly, you need to find your zone. And come away from the experience wanting more.

I can’t wait to sail again, to keep perfecting my skills and most importantly, to find ways to get into that calm, confident headspace, where you move fast but think slow.

That perfect performance level, where skill, instinct, and calm come together to create a sense of purpose.

About the Author Lauren Clemett

Told as a child that she had wordblindness and would never be able to read or write properly, she went on to become a 5 time best selling author and multiple international award winner, using her dyslexia as her greatest asset - helping others understand how the brain sees brands.

She has worked at leading advertising agencies and in brand management for over 30 years, helping launch hundreds of global brands and appears in worldwide media, on podcasts, summits and stages as the sought after branding specialist.

Lauren shares how to overcome overwhelm and get a clear direction to market and promote business leaders to stand out from the crowd as well known, well-paid and wanted brands. 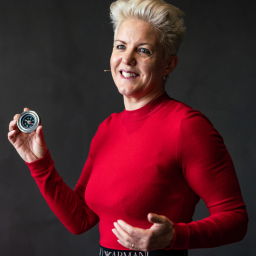 The Brand Navigator and Keynote Speaker, Lauren Clemett, shares how to overcome overwhelm and get a clear direction to market and promote professional and business services, to stand out from the crowd as well known, well-paid and wanted brands.

Add your details here and we'll get straight back to you.